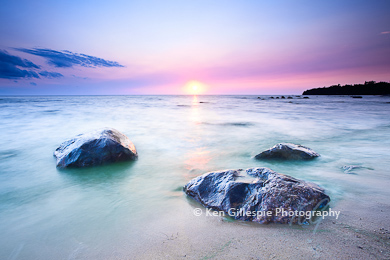 A sunset shot of Lake Winnipeg, on Victoria Beach during late summer of 2010.   Blue-Green Algae made an appearance in the south basin.

A previous post from this past summer showing, waves of Algae in motion on Victoria Beach.

Blue-Green Algal bloom’s have appeared on Victoria Beach and many of Lake Winnipeg’s eastern beaches in the more populous south basin.  The result of elevated levels of phosphorous and nitrogen in the lake.  As levels rise and with the reduced natural filtering effects of marshlands, the problem will only worsen.  I’ve shot here several times without the algae present and came away with some wonderful lake images, but the past weekend really reminds us all of the concerted effort required to keep this very important water body healthy.  Lake Winnipeg has an immense watershed stretching from the Rocky Mountains to within mere miles of Lake Superior, and includes four US states.  The Red River brings the majority of nutrients into the lake, so it is an issue requiring inter-provincial and international cooperation.  Not an easy task, but local Manitoban’s can avail themselves of some useful information, from sites dedicated to Lake Winnipeg, such as The Lake Winnipeg Research Consortium or the blog  H2O: Ideas & Action for Canada’s Water 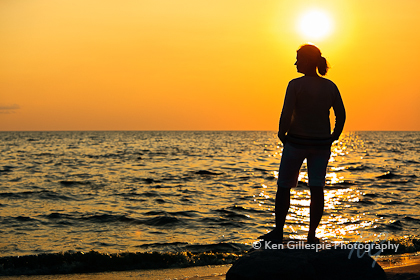