The snow had finally vanished, an overly anxious neighbor even had his lawn sprinkler running.  Crazy for March in Winnipeg.  The one thing you learn living on the Canadian Prairies and much of Canada for that matter is that Spring weather is very unpredictable.  Blizzards can dump a foot of snow or it can be 20C above zero.  We awoke to something in the middle only amounting to a few centimeters.  So remember to hold off on putting away your shovels, winter clothing and block heater cords until you’re sure it’s safe.  Here’s a few random images from the past and very scenic winter season.  I mention scenic only because we had an abundance of frost, foggy winter days which offered some great photographic opportunities.

Dressed for a mild winter day

Without a doubt, this is the dogs favorite nearby destination for a winter walk.  Assiniboine Forest is a very large natural area within the city of Winnipeg.  The forest is dominated by Poplar and Trembling Aspen trees, and has a pretty impressive trail network running throughout.  Nestled in the center is the Eve Weirier Pond, surrounded by marshland.  Angus and Wallace being Labrador Retriever’s love following the scents of the local deer and beaver population.

Wallace standing on top of a beaver lodge, his favorite spot. 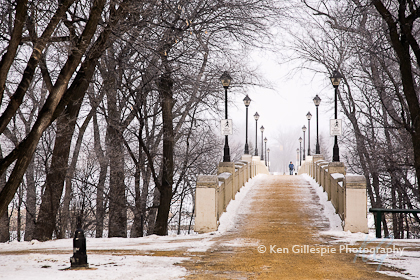 Assiniboine Park in West Winnipeg, a large picturesque urban park, designed in the English Landscape style.  Parks in London and New York’s famed Central Park also incorporate this style.   The Park was incorporated well over a century ago.   Plans are in place for much needed capital improvements, amounting to 180 million dollars.   Recent neglect and pressure from the city’s main downtown park at The Forks have left it needing some TLC. 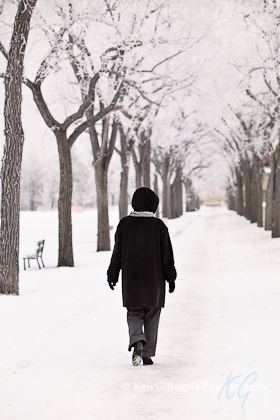 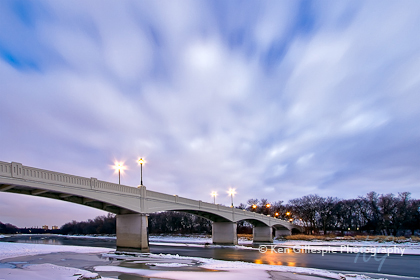 Freeze up of the Assiniboine River 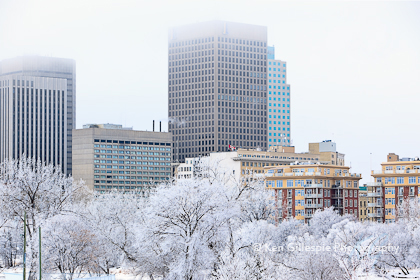 Copper roofs of  the Hotel Fort Garry and Union Station, viewed from The Forks. 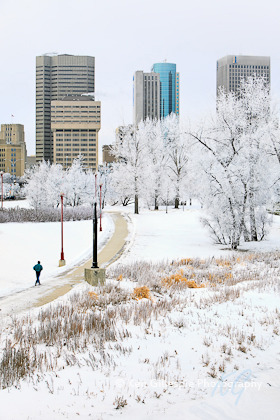 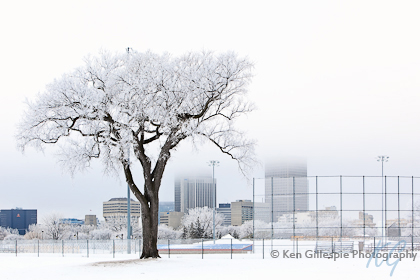 Whittier Park and downtown Winnipeg skyline in the background.

Soon the site will be filled with ice and snow sculptures created by international ice carvers.  On this frosty day large blocks were in place awaiting the artisans. 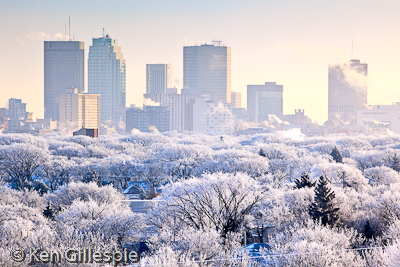